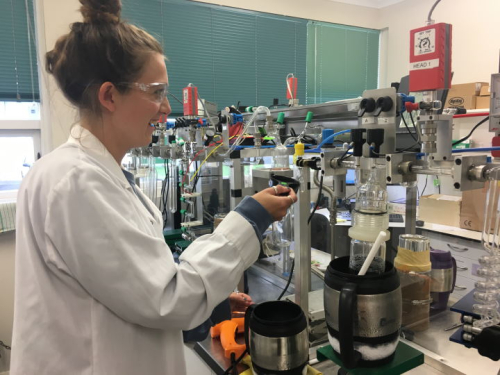 New research detailing the risk of a major earthquake at the southern end of the Hikurangi Subduction Zone could help Marlborough and lower North Island residents prepare for “the big one”.

This data, combined with tsunami modelling techniques, shows the probability of an earthquake of at least magnitude 8 on the southern end of the Hikurangi subduction zone in the next 50 years is about 26 per cent.

GNS Science’s Kate Clark co-authored the study and says this is the first-time scientists have been able to come up with a probability for large earthquakes for the Hikurangi subduction zone.

The evidence shows that large earthquakes on the subduction zone generate large tsunamis that are likely to impact the lower North Island and upper South Island.

“This research helps us better understand these large fault systems and the likelihood of tsunamis produced by the faults – and the more information we have, the better we can inform local communities about how to be prepared and resilient.”

“Knowing more about the risk is a really good thing because it provides the opportunity to better prepare our communities and infrastructure which should now be a priority,” Dr Howarth says.

The paper was published in The Seismic Record, a journal of the Seismological Society of America this week.

The lake sits on the transitional plate boundary between the Marlborough Fault System and the HSZ. The subduction interface lies 25km below the site, with active faults in close proximity.

“Geological records like this are essential for assessing the risk of earthquakes and tsunami, but they’re difficult to obtain at transitional plate boundaries like this,” Ms Pizer says.

“This is a rare opportunity to gain knowledge from past earthquakes and tsunami sequences – helping us to best prepare for the future.”