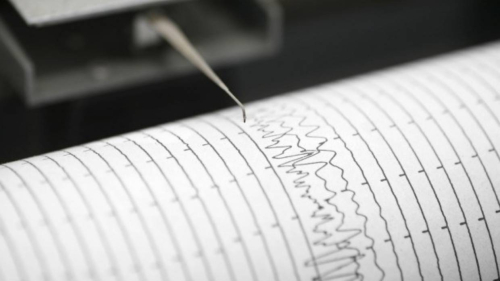 “Seismic noise is the low level buzz of noise caused by humans moving around on the ground,” Professor Savage says. “Everything from walking to driving to construction can cause this buzz.

“The difference was most noticeable in urban areas, but this reduction in noise was observable at even the most remote locations the research team was able to observe, in Sub-Saharan Africa,” Professor Savage says. “This quiet period is the longest and most prominent seismic noise reduction on record.”

Seismic noise, or the lack of it, can be measured on seismometers, equipment that is normally installed in the ground to measure geological activity from earthquakes and volcanoes. For this study, the team—76 researchers from 66 institutions in 27 countries led by Dr Thomas Lecocq of the Royal Observatory of Belgium—used 300 seismometers around the world to record their data. Each researcher used the same methods and equipment to collect data, collaborating remotely using online tools while they were all stuck at home during lockdown. Professor Savage and Associate Professor Kasper van Wijk from the University of Auckland were the only New Zealand researchers involved in the project.

With such a large team working together, the researchers were able to visualise a ‘wave’ of quiet moving around the world from China to Italy and then on to the rest of the world as different areas went into lockdown. They used the seismic noise measurements in combination with anonymised data from Google and Apple Maps that showed human movement.

“This is  exciting for future research, as it gives us a way to broadly track human activity in near real-time without affecting people’s privacy, as we don’t need to track specific people or sources of noise. This could  be used now to track the effects of pandemics and the recovery from COVID-19 and how it has impacted human activity.”

“Earthquake signals can often be concealed or obscured by seismic noise, but they appeared much more clearly on the seismometers during lockdown. This data could be used to find new insights about earthquake activity and volcanic activity, particularly in urban areas.”

The initial findings from the research were published in the journal Science this week. Professor Savage says additional papers will also provide further insight into changes in noise in specific locations.