Does climate change influence the frequency of earthquakes and volcanic eruptions?

A team of national and international scientists are investigating whether climate influences the frequency of earthquakes and volcanic eruptions, over hundreds of thousands of years.

They are using a 500-metre long sediment core collected from beneath the seafloor, along the Hikurangi subduction zone that was collected on an International Ocean Discovery Programme research voyage.

The sediment core contains a record of all the sediment and material that has been deposited on the seafloor over the last 800,000 years.

Over time, material is deposited on the seafloor and builds up in layers. Each layer records a a period in time, with the deepest layers containing the oldest material.

Scientists will analyse each of these layers using various dating and analysis techniques such as carbon dating and magnetostratigraphy to piece together a record of large earthquakes and volcanic eruptions. This will create New Zealand’s longest record of earthquake and volcanic history.

Once this record is completed, it will be compared to sea level change records in a world first, enabling scientists to figure out whether or not there is a causal link between sea level and climate and the frequency of volcanic eruptions and earthquakes. 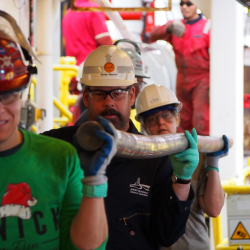 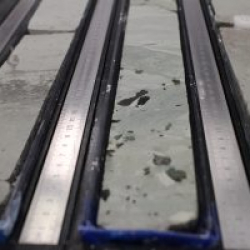 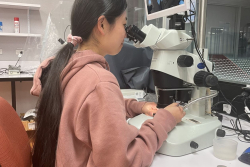 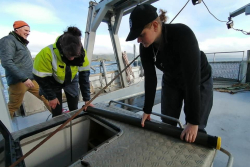 University of Auckland PhD student, Laura McDonald, is seeking to understand our ocean paleoclimate, and what it co... 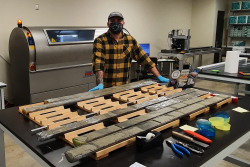 Microscopic fossils are being used to build a picture of our past oceans to help scientists understand how climate ...